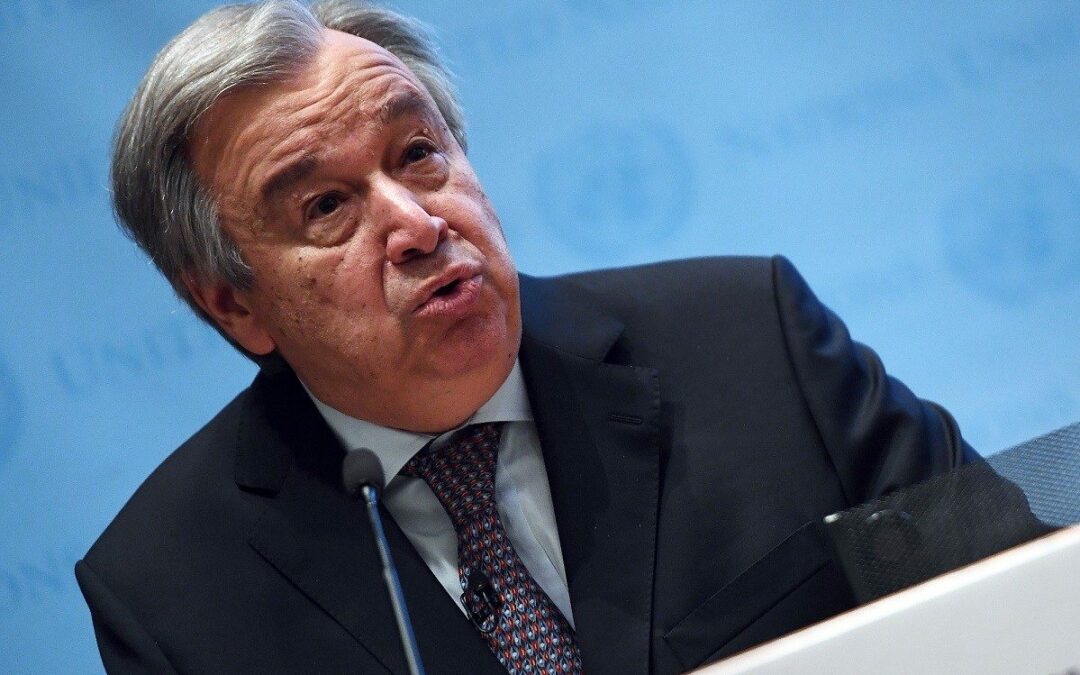 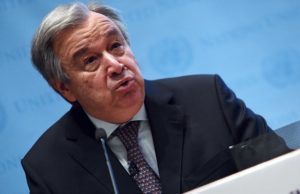 United Nations Secretary-General Antonio Guterres speaks on climate action at the New York University Stern School of Business in New York on May 30, 2017.
Guterres said that it was “absolutely essential” that the Paris climate agreement be implemented, as the United States weighed pulling out of the emissions-cutting deal.
In his first major address on climate, Guterres said the world must fulfill the commitments of the 2015 agreement “with increased ambition.”
/ AFP PHOTO / Jewel SAMAD