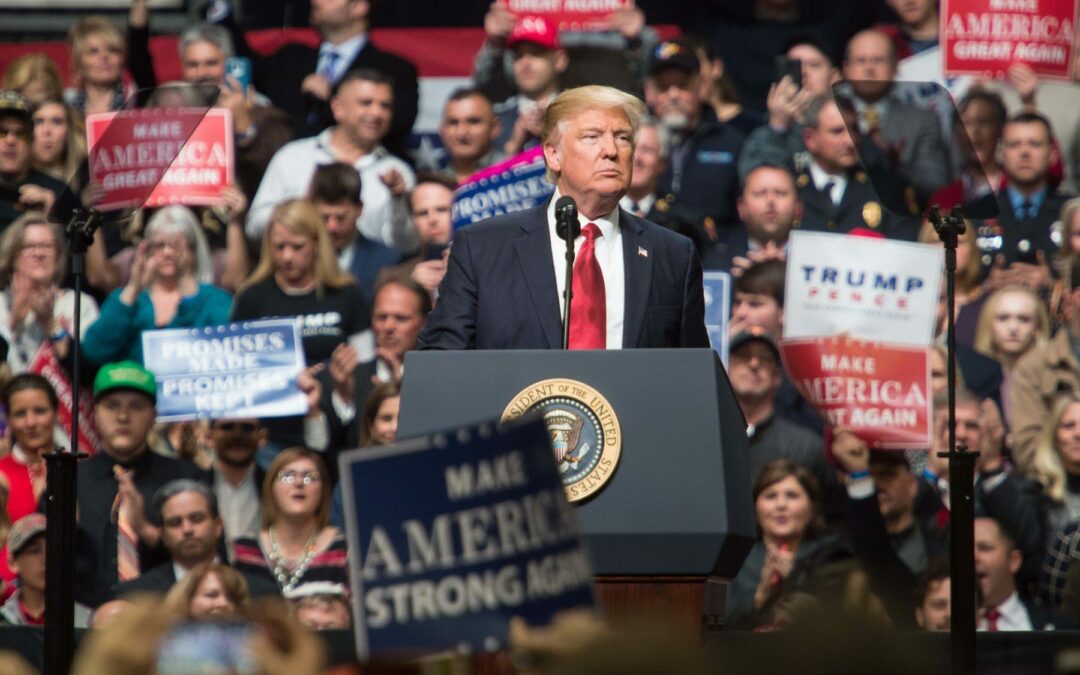 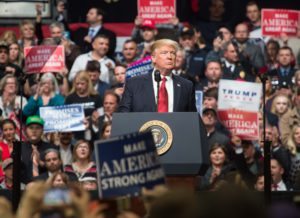 US President Donald Trump looks on as he speaks during a rally in Nashville, Tennessee on March 15, 2017.
Trump vows to challenge travel ban block at Supreme Court if needed he said during the rally. / AFP PHOTO / NICHOLAS KAMM